​A summary of the season by Team Captain Deb Finlon, along with final results and more photos, is available on the "2021 Final Results" button to the right.   ​

​Team Play is match play competition between any women's golf club under the jurisdiction of the SCGA located in San Diego, Orange and Riverside Counties.  Each club may field up to 4 teams.  Each team consists of 16 members with 8 playing in match. For 2020 there will be Gross Division and Net Divisions. Each team will compete in both Gross and Net divisions.  Both divisions will be separated into regions  by geographic location or index average.   The winners of each Region will compete in playoffs to determine the overall Gross and Net Champions.

GOOD SPORTSMANSHIP How Do You Measure Up?

San Diego County Women’s Golf Association Team Play is meant to be a competitive experience.  The tension in some of the matches becomes very intense—especially for those who are trying to win their Division so they can move on to the playoffs for a chance at the overall title.  In practice, good sportsmanship in these matches often is about controlling one’s own frustrations, while being courteous to all others involved.  However, even with the intensity we feel in our matches, Team Players need to remember “The Spirit of the Game”.

In the USGA Rules of Golf, Section I  ETIQUETTE:  BEHAVIOR ON THE COURSE states, in part:
The Spirit of the Game The game relies on the integrity of the individual to show consideration for other players  and to abide by the Rules.  All players should conduct themselves in a disciplined manner, demonstrating courtesy and sportsmanship at all times, irrespective of how competitive they may be.  This is the spirit of the game of golf.

Do you take time to congratulate your opponents when they play a hole well?
Do you remain on or close to the putting green until all other players in the group have holed out?
Do you play at a good pace?  That is, do you keep up with the group in front of you?  Are you ready to play as soon as it is your turn to play?  Do you leave the putting green as soon as your group finishes the hole?  Do you enter your scores at the tee of the next hole?

If you are keeping score, do you verify the correctness of the score card quickly and courteously?
Do you shake your opponents’ hands when the match is over?  Do you congratulate them if they win?  Are you gracious to your opponents when you win?

Obviously, the answer to all these questions should be “Yes, unequivocally!”  These practices show that we respect our opponent, our teammates and ourselves. It means that we are treating our teammates, our opponents with courtesy.  When you congratulate opponents who beat you, you’re practicing good sportsmanship.  When you win and thank the other team for a good game, you’re also being a good sport.

So, let’s take a moment and include these practices as part of our game.  This will assure that everyone’s game is a good competition—even if we do not win.

“For when the One Great Scorer comes to mark against your name, He writes not that you won or lost—but how you played the game.” Grantland Rice

Thank you.
SDCWGA Board of Directors 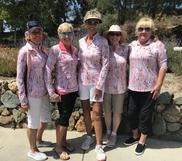 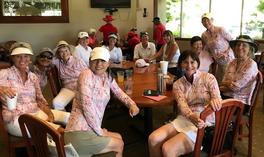 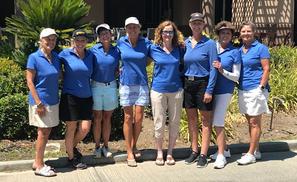